Tent Theatre: All Shook Up 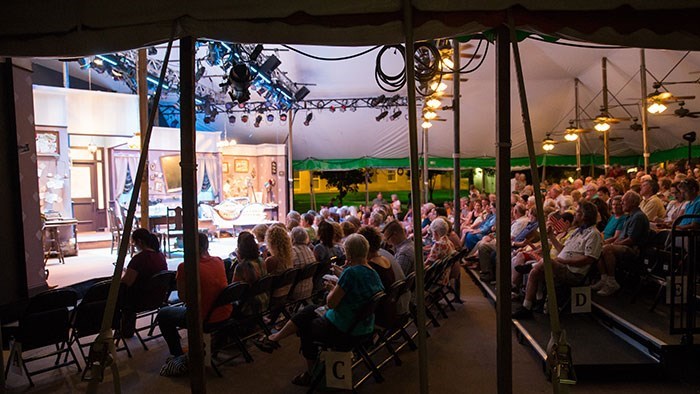 The year is 1955. The place is a dreary Midwestern town where the “Mamie Eisenhower Decency Act” forbids loud music, tight pants and public displays of affection.

Suddenly, the town’s long-repressed citizens are dancing to the “Jailhouse Rock” and “Can’t Help Falling in Love” — although not necessarily with the ones who love them.

As the romantic frenzy escalates, the furious mayor declares that Chad is the “Devil In Disguise” and vows to throw him in jail. With the pious posse closing in, couples escape to the abandoned fairgrounds on the outskirts of town and a final showdown begins!

Based on Shakespeare’s comedy “Twelfth Night,” this feel-good jukebox musical is bursting with more than two dozen 1950s and ‘60s hit songs, from swoon-worthy ballads like “Love Me Tender” to the bluesy “Heartbreak Hotel” and “Hound Dog” to rockabilly classics “That’s All Right,” “Blue Suede Shoes” and, of course, “All Shook Up”!