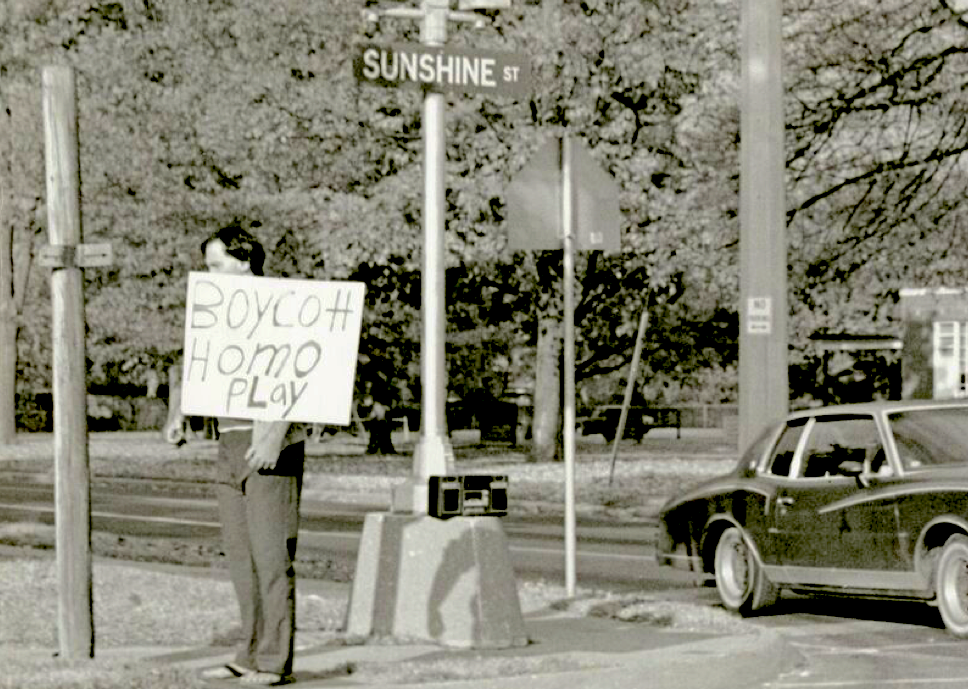 In 1989, the Southwest Missouri State University Theatre Dept. staged a production of The Normal Heart, an autobiographical play by Larry Kramer about the politics and early stages of the AIDS epidemic in New York City. The goal of the production was to bring AIDS education and awareness to students and the Springfield community. A state legislator formed a coalition called "Citizens Demanding Standards" with the goal of stopping the production or censoring its content. The University stood firm in its position this would violate the Constitutional rights of its students and faculty. The controversy escalated to the national stage as the battle over public funding, morality and free speech culminated in an opening night act of violence that left the community stunned. Through personal stories and archival news footage, the film explores the controversy surrounding the production and is a sobering reminder that extreme views can incite extreme actions.

After the screening, executive producer & MSU alum Patricia Moore and creative director Dax Bedell will discuss the making of the film.