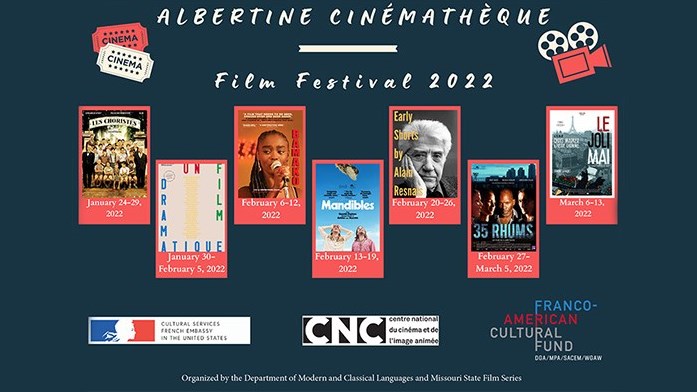 Commissioned as dedicated artwork for the newly constructed Dora Maar middle school on the outskirts of Paris, "Un Film Dramatique" is a lively portrait of the first class to attend the school, filmed over the course of four years. The group of 21 middle schoolers discuss the drama of their daily lives and experiment with cameras and equipment. They are the film’s subjects, and also its makers. With a refreshingly uninhibited approach, Éric Baudelaire (Letters to Max, The Anabasis of May…) offers a new perspective on the realities of our current socio-political moment that is both playful and purposeful. As the students debate the approaching elections and the immigration crisis, they also seek to answer a key political question—what are we doing here together?

Un Film Dramatique (A Dramatic Film) is the second film of the 2022 Albertine Cinémathèque film festival. It's available for viewing Jan. 30-Feb. 5, 2022.

Viewership is restricted and limited. Sign up for the film(s) you would like to see during the 2022 Albertine Cinémathèque film festival that runs January-March.

Those who sign up will be invited to the film festival’s Microsoft Teams site with further instructions and access to the film(s), discussion board and further resources.