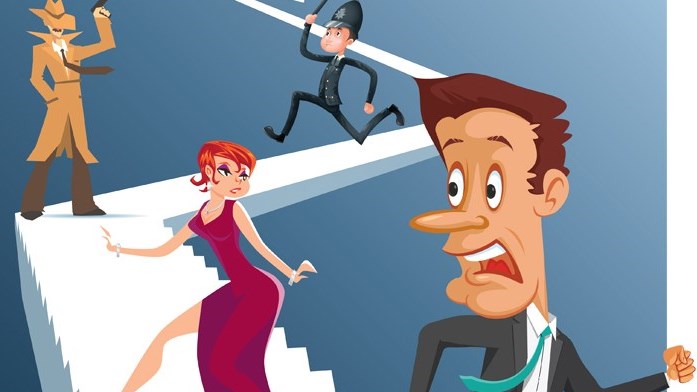 Date and time
8:00 PM - 10:00 PM, June 23, 2021
Other dates and times
Description
*Tickets available May 1*
Presented in Coger Theatre
Written by Patrick Barlow
Concept by Nobby Dimon and Simon Corble
Suspense thriller meets riotous comedy in this fast-paced parody of Alfred Hitchcock’s iconic 1935 film and John Buchan’s 1915 novel on which it was based.
When a mysterious woman is murdered in his London apartment, Richard Hannay suddenly finds himself embroiled in a deadly game of international intrigue. As the police pursue Richard, who’s been framed for the murder, Richard pursues a cunning ring of foreign agents before they can smuggle sensitive secrets out of the country.
The plot has many twists, but the real twist in this adaptation stems from limiting the cast to just four actors, who play more than 150 quick-change roles as they recreate every major scene from the original film along with clever allusions to other Hitchcock classics. The result is a hilarious homage to Hitchcock and the action adventure genre.
The 39 Steps will keep you laughing even as it keeps you on the edge of your seat!
Event sponsor
Theatre and Dance Department
Admission
Open to public, alumni, current students, faculty, future students, staff
Buy tickets
Location
Craig Hall Room Coger Theatre