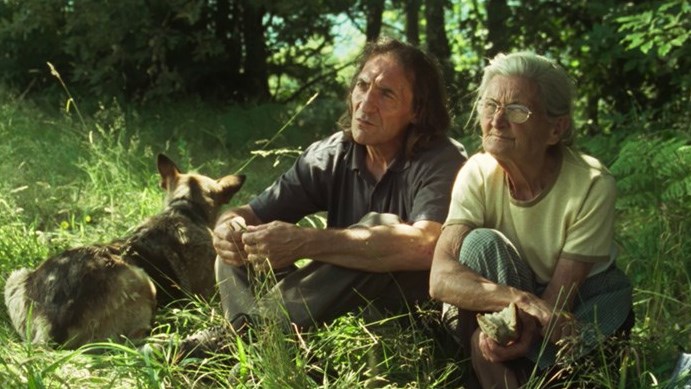 After spending several years in prison for allegedly setting a wildfire, Amador returns to his elderly mother’s farm in the mountains of Galicia. He lives quietly, resisting his well-meaning neighbors' overtures, apparently more aware of the terrible stigma associated with his crime than they are. Until another fire breaks out, directly threatening the local community, and accusations turn once more to Amador…

With his third feature, French-born Galician filmmaker Oliver Laxe accomplishes an extraordinary balancing act between man and nature, the intimate and the spectacular, and the material and the spiritual, setting the impenetrable mysteries of the human heart against the specter of natural disaster. "Fire Will Come" is neither a message film nor an activist one, but it is impossible to watch its hauntingly sublime footage of forest fires without thinking of the climate crisis. The film's crowning achievement is to infuse these horribly familiar images with the emotional texture of individual lives: the resilience of a mother's love, the unescapable shame of an average man. This is cinema of the highest spiritual and aesthetic ambition, occasionally reminiscent of the masterpieces of Robert Bresson, Akira Kurosawa, and Andrei Tarkovsky, but utterly unique in its way of facing the most daunting issue of our era.