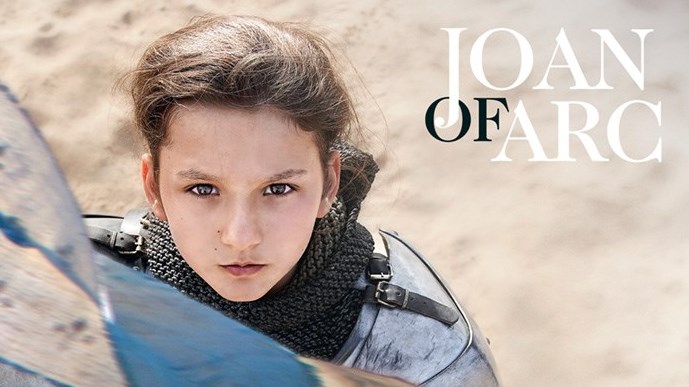 Date and time
All day, February 21, 2021
Other dates and times
Description

With this follow-up to his jaw-dropping 2017 film "Jeanette: The Childhood of Joan of Arc," Bruno Dumont, probably the most original auteur in the contemporary French cinema, delivers a dazzling conclusion to his adaptation of early 20th century French poet Charles Péguy’s two plays about Joan of Arc. While Jeanette found Dumont telling the story of Joan of Arc’s childhood musically, with a death metal score sung and recorded live on set, the second film (which can be enjoyed without seeing the first) takes a slightly more conventional approach to focus on the battles, trial and execution that turned the Maid of Orleans into France’s national heroine. Gone is the death metal, but Dumont, who is predictable only in his unpredictability, keeps us on our toes by casting 10-year-old Lise Leplat-Prudhomme, the actress who played young Joan in the first film, in the role of mature Joan. Seeing the child in armor, then standing up to the cross-examination of English grandees in a trial for heresy, has an uncanny effect: one naturally responds to her vulnerability, but Leplat-Prudhomme’s steely performance also conveys an otherworldly resilience that gives Joan’s spirituality a concrete presence, suggesting a bold new approach to this oft-told tale.

Learn more about the Tournées Film Festival that runs through February.